Supervisory roles are challenging for several reasons. Anyone who has a supervisory role can remember the first time they were placed in such a position. Unless you’re a megalomaniac, it’s terrifying. From your position, many people will be coming to you for the ultimate answer. While you may have a superior over you, you can not just a for all of these decisions of them, that would make you rather pointless, now wouldn’t it?

At the same time, on top of this responsibility, there’s all the trouble that goes with being a likable, approachable person and not endangering professional relationships.  What if your friendships are destroyed by you being their boss?  Or what if you’re aa a boss you let these friendships override your sense of authority?

Yeah, supervising others is a scary concept. Anyone about to place in such a role really ought to be taught how to be a supervisor. You may be great at your field and the discipline you work in, but being a supervisor is an art all its own, not an easy one.

What are some obstacles when supervising others?

Some overlap in this with some other courses we offer, such as conflict resolution, sensitivity training, being a more likable boss, etc. Many aspects of these are essential to being a capable supervisor. One of your significant responsibilities is going to be to resolve the conflict between those you supervise. This may not be flat-out arguments, etc.; competition can be any scenario where two or more individuals are clashing in some way. It can only be two different approaches to solving a problem, not coexisting smoothly; it can merely be scheduling issues or any number of things. Yes, these conflicts can be more severe, with arguments, fights, etc. as well.

Conducting oneself in a role of authority is also very important. It’s a precarious balance to maintain that sense of control while still being approachable and not standoffish. You really can’t lord over them, micromanaging them and feeling oppressive. This will breed resentment, and that’s just never good.

Self-awareness, yet another course we teach, is essential when it comes to being a good supervisor as well. You have to be aware of when you may be coming off as egotistical or high on power. It’s effortless for this to happen, even with people who don’t see themselves as having a proclivity for it. Those who don’t even desire power can find someone going on power trips if they’re not careful.

And then, there’s time management and a balance of hands-on and allowing some agency amongst those whom you supervise. As said before, micromanaging is just never a good thing, so you can hover over them and scrutinize every single little step they take. You have to allow them to work without a magnifying glass over them. However, if you let too much autonomy occur, no matter how good a worker any given person is, the system will begin to break down. There’s the finesse with this, and all of these concerns and many more are covered in this course.

It goes well above and beyond just these basic examples, with various psychological, societal, and technical things being discussed in great detail. Have you found yourself in a supervisory position, and your somewhat terrified? Well, it’s a good thing that you’re frightened if the other option is eagerness because that means that you’re worried about being a good supervisor, not somebody eager to flaunt power. However, take a breath because, with this course, we can give you the confidence, competence, and skill to be an excellent supervisor in any environment! 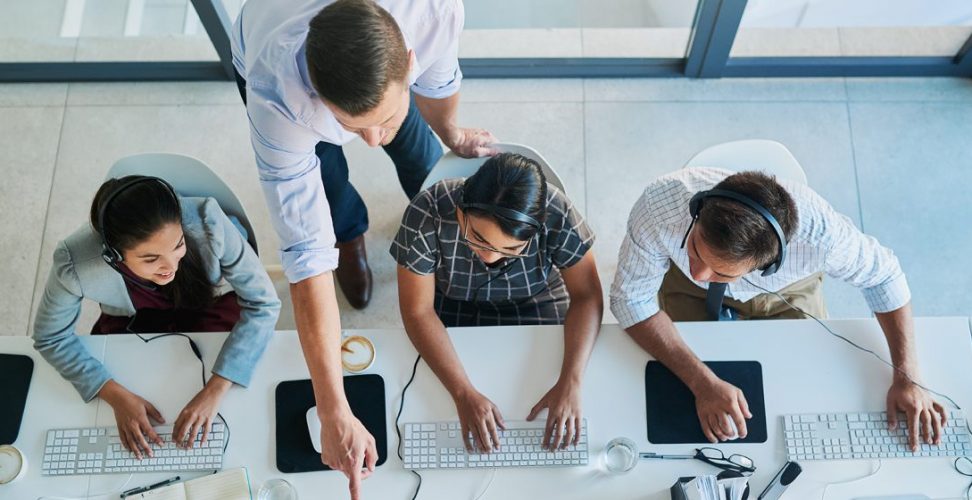